You are going to go crazy for this Slow Cooker Apple Cobbler.  How do I know? Because i’ve never been this excited for a slow cooker dessert before.  and I make a lot of desserts being a food blogger and all.  One batch wasn’t enough.  From the gooey center to the crumbly top, it’s everything you want in a cobbler made simple.  And by simple I mean my 10 year old niece could make this.

The only not so simple part was peeling the apples, but I think it’s because that’s my least favorite thing to do in the kitchen.  Well worth it if the end result is this deliciousness!

So obviously the first step is peeling the apples.  Then you combine your flour, oats, sugar, cinnamon, and salt in a medium bowl.  Add the melted butter and there’s your crumbly top (I totally made extra and would recommend you do, you can’t add too much of it).  Next you want to coat the inside of your slow cooker generously with spray or butter.  Add your peeled, cored, and chopped apples that have been coated in the flour, sugar, cinnamon mixture.  Allow that to cook for 30 minutes before adding the crumble and continue to cook till it’s done.

I wasn’t kidding when I said it was super simple.  I also have most of these ingredients as staples in my house; I know the hubby would love to come home from work to a surprise slow cooker apple cobbler now and again.  I mean let’s be honest, we all would!

Now, there is one more thing I must mention, and this step is super important.  Slow cookers are meant to hold in moisture, which is how we get the most moist and tender chicken and beef.  Nothing wrong with that, but the best part of an apple cobbler is the crusty crumbly top.  To get that desired texture using the slow cooker, simply place a paper towel over the top (so it doesn’t touch your cobbler) and place the lid on to secure the paper towel.  This will absorb the moisture making this THE best slow cooker hack ever.

Bing bam boom, apple cobbler perfection ready with little effort.  It doesn’t get much better than this friends.  Do yourself a favor and try this recipe out, you won’t be disappointed.  Up next on the blog we have an incredible collaborative post with tons of different recipes from many different bloggers.  The theme is tailgate recipes, and you don’t want to miss this post. Hope to have you all back tomorrow, have a great day!

Quote of the Day: “Just because something doesn’t do what you planned it to do doesn’t mean it’s useless.” – Thomas A. Edison

Adapted from: The Kitchn

Storage: Store the crisp in a covered container in the refrigerator for up to 5 days. Serve cold, room temperature, or rewarmed in a 300°F oven for 20 minutes. 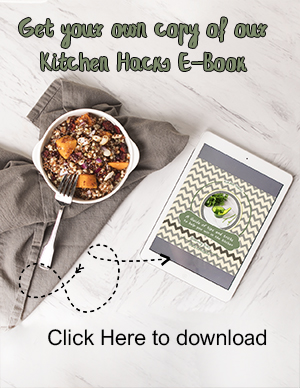